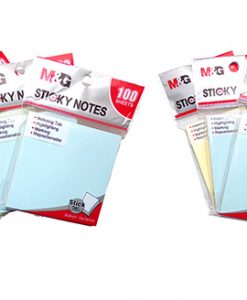 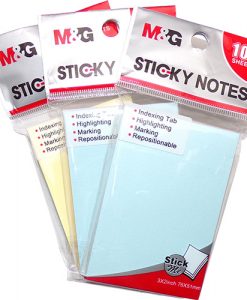 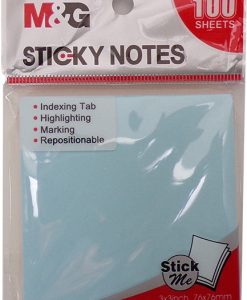 The history of the Post-It note

3M’s post-it note has inspired many other brand alternative post-it style products such as the M&G Rainbow sticky notes.  The story of the invention of the Post-it note by 3M is one of the most fascinating I have heard.  This was a project that took years to complete. Two employees used their ‘discretion time’ to bring non-sticky glue and paper together to create the famous ‘Post-it’ note.

In 1964, Spence Silver, a 3M Chemist, was involved with 3M’s ‘Polymers and Adhesives’ program and his line of research led him to develop a new semi-sticky adhesive.  The problem that he faced was that no one had a use for it so so Silver ‘parked’ the idea as one that might come in handy in the future.  Then later, another 3M employee, Arthur Fry also had a problem to solve, which was, how to stop bookmarks falling out of Hymn Books!

10 years after Spence Silver started his work that led to semi-sticky adhesives Arthur Fry had one of those ‘light bulb’ moments.  In 1974, while singing in church he pondered the problem of bookmarks falling from his hymn book.  Knowing of Silver’s work, he made the connection and the Post-it note concept was born.

Silver and Fry faced many challenges.  For example, how were they to keep the glue on the paper to which it was applied and how were they to coat only small strips of paper?  Fry solved the latter problem in his garage where he built the prototype machine to add glue to paper in continuous strips.  So, the ‘Post-it’ sticky note as we know it was born and despite there being no existing market for these note, they nevertheless became a top seller for 3M.  Since then different brands and types have proliferated with the product has being innovated many times, including M&G.  M&G have added a range of sticky notes to their product portfolio including some innovative lines, the M&G Transparent Sticky Notes, YS-64 and YS-94.

There are no reviews yet.

Only logged in customers who have purchased this product may leave a review. 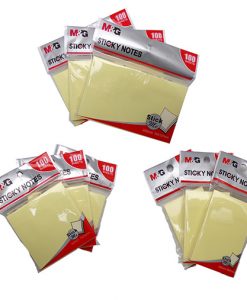 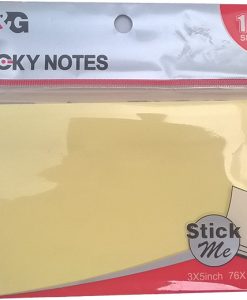 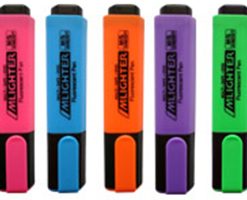 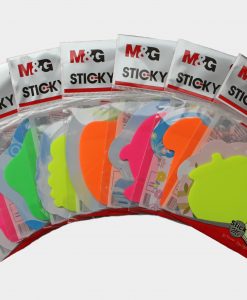 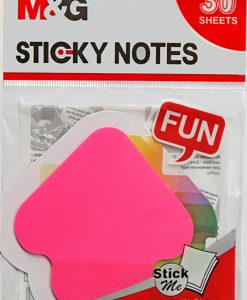 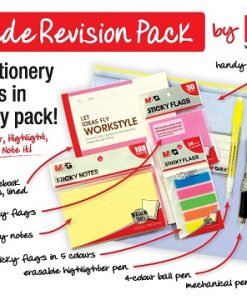 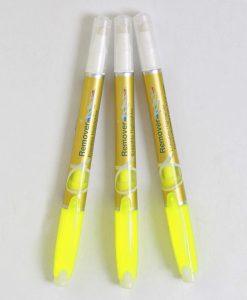 Our licence only permits us to sell M&G products in the UK. Dismiss